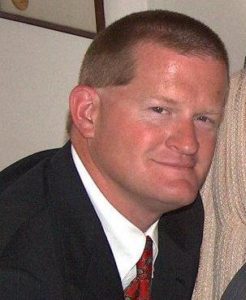 Clay Morrison is the President of Morrison & Morrison, Inc., a licensed and appointed adjusting firm based in League City, Texas.   Clay has extensive experience as a commercial real estate developer, is a current partner in a real estate holdings company, is the former owner of a successful insurance restoration company, and was a former consultant to one of the largest insurers in the world.  His extensive experience includes adjusting claims in every major hurricane of the last two decades.  Clay has also served in an expert or appraiser capacity on losses throughout the U.S. and serves as an umpire for insurance appraisals. He was one of the first licensed public adjusters in the State of Texas when licensing took effect in 2003, has completed the NFIP flood certification course and has managed and/or consulted on insurance losses ranging up to $44 million.  Clay has been a featured speaker at numerous venues including insurance industry conferences, realty associations, chambers of commerce and Rotary clubs in various parts of America.   Clay had the privilege of being invited to give a presentation on identifying windstorm damage to judges and mediators in the US District Court for Eastern District Court of New York following Superstorm Sandy.  Clay is a past President of the Texas Association of Public Insurance adjusters, is currently a Vice President of the National Association of Public Insurance Adjusters and is a board member of the Insurance Appraiser and Umpire Association.

When Clay is not working, you will commonly find him attending his son’s wrestling tournaments, visiting his kids at Texas A&M where they attend college, spending time offshore fishing or in the dojo honing his martial arts skills.  Clay is an AGMA 2nd degree black belt and has also attained a Black Belt in Krav Maga. Clay is married to Ruth, who is staff counsel for the company and together they form Morrison & Morrison.  The Morrison’s attend Calvary Houston Church.